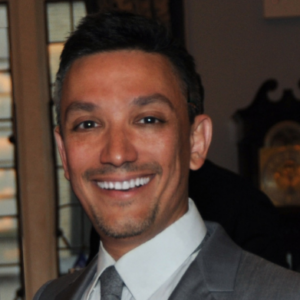 David Dasharath Kalal is the head of branding and communications at The Futures, a firm that brings innovative narratives regarding global economics and climate change to youth audiences worldwide.

As a digital branding and communications expert, Kalal has worked with national and international organizations, including Project FIND, Neighborhood Defender Service, and Glorious Games. While with Glorious Games, a gaming company based out of Stockholm, Kalal directed communications and media content campaigns for organizations such as the Center for Women’s Global Leadership and the Arcus Foundation, and negotiated co-branding deals with commercial partners, including BBC Worldwide, Paramount Pictures, Random House, Inc., Warner Brothers, and the World Wildlife Fund.

Kalal is a well-respected contemporary artist with his work featured at galleries in New York City, Toronto, Helsinki, and Stockholm and in academic publications from Duke University Press.

He works with film to raise awareness about the issues surrounding race, class, and gender. He has also curated exhibits at the MoMA in New York City and Lux in London.

He has taught graduate-level design theory and production courses at The New School.

Kalal has a BA from Brown University and an MFA from Bard College.