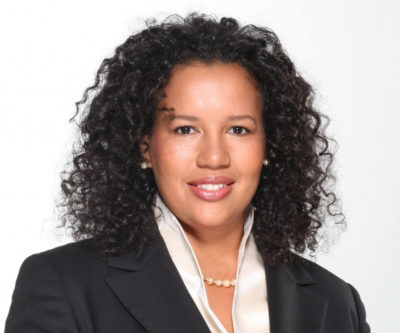 Elinor Tatum is the Publisher and Editor in Chief of the New York Amsterdam News, the oldest and largest black newspaper in the City of New York, and one of the oldest ethnic papers in the United States.

Ms. Tatum was appointed to Editor In Chief in 1997, becoming one of the youngest publishers in the history of the black press. She began at the newspaper as a journalist, covering local and national issues affecting Harlem and the Black community. Under her watch, the Amsterdam News has evolved from typewriters to total computerization and undergone several new layouts with refocused content relevant to a wider African American community in New York and across the nation and the creation of Amsterdamnews.com, the paper’s online edition. Ms. Tatum has positioned the newspaper as a critical part of the national political discourse concerning African Americans.

In addition to publishing the Amsterdam News, Ms. Tatum produces and co-hosts a weekly segment of Al Sharpton’s daily radio show “Keepin’ It Real” – a nationally syndicated talk show that airs in over forty markets. Ms. Tatum’s political insight is increasingly sought-after – she appears regularly on WNBC evening news, and on NY1. She has guest hosted on the new international network ARISE. She has also appeared on The O’Reilly Factor, 20/20, The Today Show, NBC Nightly News, Fox 5, and CUNY TV. In addition she has been been heard on WBLS and WWRL as a guest host.

Ms. Tatum is also a sought out keynote speaker, and expert on topics of media, race, politics and culture. In 2004 she served on the Nielsen Independent Task Force on TV Measurement. After the Election of Andrew Cuomo in 2010 Ms. Tatum was named to his transition team on The Committee on Economic Development and Labor. She currently sits on the State’s Tourism Advisory Council.

Ms. Tatum was born and raised in New York City. She graduated from St. Lawrence University with a B.S. in Government Studies in 1993. She continued her education at Stockholm University in Stockholm, Sweden, studying International relations and the Swedish model of government. Ms. Tatum holds a Master’s degree in Journalism in Mass Communications from New York University.

In addition to her career in journalism, Ms. Tatum is a philanthropist and holds many civic positions. She is currently a member of the Board of Trustees of her college alma mater, St. Lawrence University. In addition she currently sits on the board of the Creative Visions Foundation. She is also the former Secretary of the National Newspaper Publishers Association. Ms. Tatum has received numerous business awards, honors and media recognition.