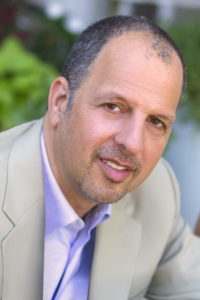 Jonathan S. Abady, a founding partner of Emery Celli Brinckerhoff Abady Ward & Maazel LLP, has a diverse trial and litigation practice, with extensive experience in both federal and state courts.

In the area of civil rights, Mr. Abady was on the team of lawyers who helped free Meek Mill, the Roc Nation recording artist wrongfully imprisoned in Philadelphia; he represented the family and Estate in the tragic Cleveland police shooting case involving 12-year-old Tamir Rice; he is one of the lead lawyers in two major class actions resulting in historic reform in the New York City jail system at Rikers Island; and he litigated significant voting rights cases in both the Bush-Gore and Obama-McCain Presidential elections.

In 2019, Cite & State named Mr. Abady as one of the 50 most influential lawyers in New York. Since 2008, he has been named as a Super Lawyer and in The Best Lawyers in America as one of New York’s top attorneys in the area of civil rights law. See www.bestlawyers.com.  He has appeared on 60 Minutes, CNN, MSNBC, National Public Radio (NPR) and a number of other national and international media outlets.

Mr. Abady also has extensive experience litigating commercial and corporate disputes in New York and throughout the country.

Mr. Abady began his legal career as a trial lawyer, and was then a supervising attorney with the Neighborhood Defender Service of Harlem. Prior to entering law school, Mr. Abady lived in Latin America and worked in international human rights. In 1987, he presented testimony to the Human Rights Commission of the United Nations in Geneva, Switzerland concerning the war in Nicaragua.