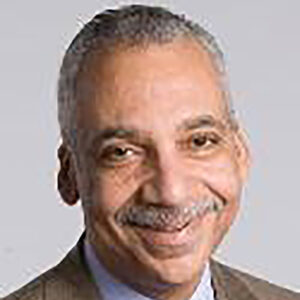 Saul Green is of counsel at Miller Canfield in Detroit, an international law firm recognized as one of the top 200 largest law firms in the United States.

Green rejoined the law firm in 2012 after serving as deputy mayor of the City of Detroit from 2008 to 2011. Prior to his appointment with the City of Detroit, in which he oversaw the police, fire, law, and homeland security departments, he was senior counsel and a member of Miller Canfield’s Criminal Defense Group and Litigation and Dispute Resolution Group, with a specialty in alternative dispute resolution, white-collar crime, and high-profile litigation.

During his many years of public service, he has also held the positions of Wayne County Corporation Counsel; chief counsel, U.S. Department of Housing and Urban Development, Detroit Field Office; and assistant U.S. attorney. In 1994, President William J. Clinton appointed Green as the U.S. attorney for the Eastern District of Michigan. Green served in that capacity from May 1994 to May 2001.

In 2009, he received the Dennis W. Archer Public Service Award, recognizing outstanding public service to the metropolitan Detroit region, from the Detroit Metropolitan Bar Association. He has also completed service as the independent monitor overseeing implementation of police reforms in Cincinnati, Ohio.

Green received his law degree in 1972 from Michigan Law and a BA in pre-legal studies in 1969 from the University of Michigan.