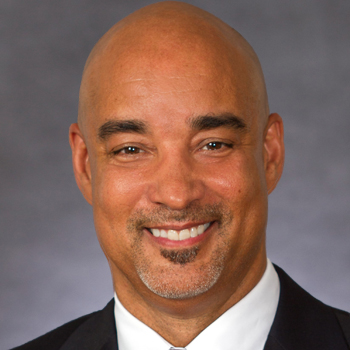 Rick Jones is the Executive Director and a founding member of the Neighborhood Defender Service (NDS). He is a distinguished trial lawyer with 30 years’ experience in multi-forum litigation, a lecturer in law at Columbia Law School and a faculty member of the National Criminal Defense College in Macon, GA.

Rick is the immediate past President of the National Association of Criminal Defense Lawyers (NACDL). At NACDL he served as co-chair of both the Special Task Force on Problem-Solving Courts and the Task Force on Restoration of Rights and Status After Conviction. Both of these efforts resulted in the publication of ground breaking reports and continuing reforms. He also held the inaugural NACDL Presidential Summit on Race Matters in Detroit and followed it up a year later with the Race Matters II conference in Los Angeles.

Rick is an internationally recognized expert in public defense. He has been invited to speak at events hosted by the United Nations and serves on the Board of Trustees at Fair Trials International and as the Vice Chair of the Board of Directors at the International Legal Foundation (ILF). Rick has worked with defense offices in West Africa and South America and has addressed the past two International Conferences on Access to Legal Aid in Criminal Justice Systems, in Argentina and Tbilisi, Georgia. He also spoke at the first-ever Conference on Effective Legal Aid Delivery Models, held in India. ILF invited him to travel to Nepal in an effort to help sustain, strengthen and institutionalize the public defense function in their newly created constitutional government.

Rick is a commissioner on the New York State Council on Community Re-Entry and Reintegration. He is an inaugural member of the steering committee of the National Association for Public Defense, sits on the boards of the New York State Defenders Association and the Sirius Foundation and serves on the Editorial Board of the Amsterdam News. He was appointed to the Advisory Board of the National Task Force on Fines, Fees, and Bail Practices.

The Champion: The New Frontier in Indigent Defense