“Human Rights and Civil Rights are Inextricably Linked:” Nicole Austin-Hillery on the Fight Against Mass Incarceration 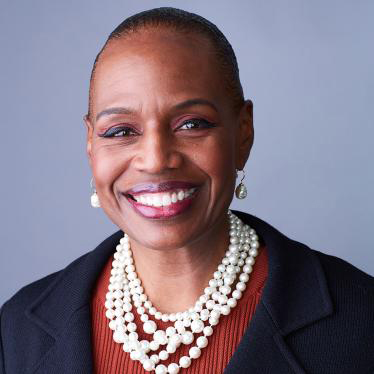 What does human rights field have to say about the criminal legal system in the United States? Quite a lot, says Nicole Austin-Hillery, the Executive Director of the US Program at Human Rights Watch. Austin-Hillery has been working for years to shed light on the abuses that the carceral system inflicts on communities like the ones NDS represents, and believes that speaking about this violence in the language of human rights can help reckon with mass incarceration. We sat down with her to talk about movement-building, the torturous conditions in the prison system, and the role of public defenders in this fight.

The Q-and-A is a preview of Conversations with NDS 2019: Mobilizing Against Mass Incarceration. Join NDS as we chart the future of this fight with Woodfox and Nicole Austin-Hillery, the inaugural director of Human Rights Watch’s US Program. Buy your tickets here.

You’re the inaugural Executive Director of Human Rights Watch’s US Program. Why this job, and why now?

After the 2016 election, it became clear to the leadership at Human Rights Watch that US work was even more important and more timely than it had been in the past. They really wanted to bring in someone who could help bridge the gap that has historically existed between human rights communities and the civil rights and social justice communities.

I’ve always believed that human rights and civil rights are inextricably linked, but I also think that those communities have worked in silos. People who worked on domestic justice issues didn’t necessarily think about human rights, and that human rights folks didn’t necessarily think that their work was connected to the traditional civil rights and social justice movements. At this historical moment, we do a disservice to this work if we cannot find a way to close those gaps and work more collaboratively to bring about the kind of reform that we all seek.

Could you tell me more about what closing that gap looks like in terms of the work on the ground?

But, here at Human Rights Watch, we’ve worked for years on the issue of voter disenfranchisement as it pertains to the formerly incarcerated. On those issues, in one frame you have voting rights, you have criminal justice, and you have racial justice. And when you look at the Universal Declaration of Human Rights, all of those issues pertain to rights it spells out. Voting rights are very much grounded, therefore, not just in civil rights, but in human rights.

And so if we look at ways in which that same issue crosses both genres, then perhaps reforming and protecting voting rights can be made stronger by grounding it in traditional US civil rights laws and universal human rights laws, that opens more opportunity for reform and widens the circle of advocates and policy experts who are working on that issue.

In terms of how you move something like that forward, how do you bridge the gap between grassroots activists and professional institutions?

There is nothing that we do that doesn’t include grassroots and community-based organizations. Our researchers are on the ground, are talking to people in communities and are telling their stories. That is then manifested in research reports that come with a set of marching orders, whether those be recommendations for local governments or draft pieces of legislation. That is our way of grounding our research in exactly the experience that people have in their communities. We can’t do this work without involving the grassroots community and our partners.

I’ll give you a quick example. In September we released a report on Tulsa, Oklahoma and policing issues, called “Get on the Ground!”: Policing, Poverty, and Racial Inequality in Tulsa, Oklahoma. The genesis of this report was the shooting death of Terence Crutcher, who was an unarmed African American man who was shot by a white female police officer. The officer was not charged with his death and therefore suffered no consequences. We realized that was the manifestation of a larger and deeper issue that was going on in Oklahoma. Oklahoma has some of the worst problems in terms of mass incarceration in the country. And so when we went to do this report and started our research, we were working with faith leaders, we were working with African American community groups that had been working on racial justice in Tulsa for years, dating back to when they had the Tulsa Massacre in 1921. When you read our report, those names, those faces, those organizations are peppered throughout that report. We couldn’t have done this work without working arm and arm with them, and without them directing us and telling us which stories really needed to be told and what are the real problems in police and community relationships in Tulsa.

While that’s the foundation, the national groups that we also partner with have to be part of the solution as well. Because we have the bully pulpit, if you will. Oftentimes the community folks don’t have an opportunity to be heard in the way that our larger organizations do. So partnering and collaborating with them provides an opportunity for them to tell their stories.

Something we see often is movements gaining public traction in response to a crisis. There’s Terrence Crutcher in Oklahoma, or just this year in New York, momentum around HALT grew in response to Layleen Polanco’s death. How do we as a movement make sure we sustain pressure?

From our perspective, while the shooting of Terrence Crutcher was the impetus for going into Oklahoma, that’s not normally how our work is seeded. Our work is seeded on the ground, usually because we’re looking for those stories or those instances that are lesser known, because we feel that there’s a real need for people to understand what’s beyond the front pages of the newspaper.

For instance, our Women’s Rights Division conducted a study and released a report this same time last year on cervical cancer and the levels of which it was striking and killing African American women in Alabama. Cervical cancer is almost eradicated in white communities. If you’re getting regular checkups, it’s screened for and there’s a medical response to it that is mostly effective. But what we found that black women in Alabama were not getting that treatment, and that was because of class and race issues.

And so we felt the need to be in Alabama and figure out what’s behind this, and tell those stories and get this research out. And it resulted in a piece of legislation that is still working its way through the Alabama legislature that seeks to eliminate that disparity. I think that’s what it requires: organizations like ours, looking for stories and spending resources on issues that are not very well known. Otherwise how will those communities ever see justice?

It also must be addressed by large organizations that have access to many rooms keeping these issues on the front burner. We shouldn’t just go to the Hill or go to the legislature when something happens. We should be having regular contact with lawmakers about issues we know based on our research and based on what we’re hearing from our grassroots partners that we know require attention. So I think it’s that two-fold strategy that ensures we’re not just reacting but we’re maintaining pressure.

There has been so much pressure in the last couple years to respond to the political moment. What happens when the political dynamic shifts?

I love that so many people throughout the country feel like citizen advocates right now, I think that’s vitally important. But that must be sustained. It cannot come and go based on who’s in the White House, or how angry or not that person is making you at the moment. Your advocacy for and commitment to these issues has to be to the issue itself.

Can you tell me more about Human Rights Watch’s work around disenfranchisement and incarceration?

We’ve been working on disenfranchisement for nearly twenty years, and did a report on voting rights for the formerly incarcerated. When we see that race, class, rights and political power intersect, we feel that looking at it through a human rights lens is important. It’s very different from other voting rights issues. For instance, while it’s very important to ensure that we have functional voting machines, that’s not a human rights issue. That’s an issue for other democracy organizations.

Human rights language comes up often in Albert Woodfox’s book, Solitary. He calls his treatment “torture” in plain language. What impact do you think using that sort of language in discourse around our carceral system has?

I think it has the potential to have a huge impact. One of the problems we have in the US is that people think myopically. They think about issues in terms of how they affect the United States, or about the issue’s history here. I think understanding that this is a global issue that goes to the heart of degrading human rights, is powerful. It can help people to see that there’s a lens that goes far beyond the United States, and in turn hold us more accountable. That’s the power of doing this kind of work at a human rights organization instead of a domestic organization.

What role do you see public defenders play in organizing?

I really think public defenders, in many ways, are the foot soldiers in an effort to end solitary confinement in the United States. Public defenders are providing the voice for the clients you represent, many of whom never have opportunities to talk about their experiences. They have a role to play as advocates, not just in the courtroom but also to literally advocate on their clients’ behalf beyond the judicial system. To advocate by working with legislators, working with organizations that can help build the movement, and providing further support to get rid of solitary confinement. That’s a powerful position. I’m not a public defender and even though I can send my team into jails to try to tell these stories, we’re connected to it in a very different way than the public defense community.

I also think the public defense community has an opportunity to help humanize the individuals who are suffering through solitary confinement and through our criminal justice system. You can help humanize their plight and their circumstances in a way that other organizations can’t. An event benefiting the mission and vision of Neighborhood Defender Service