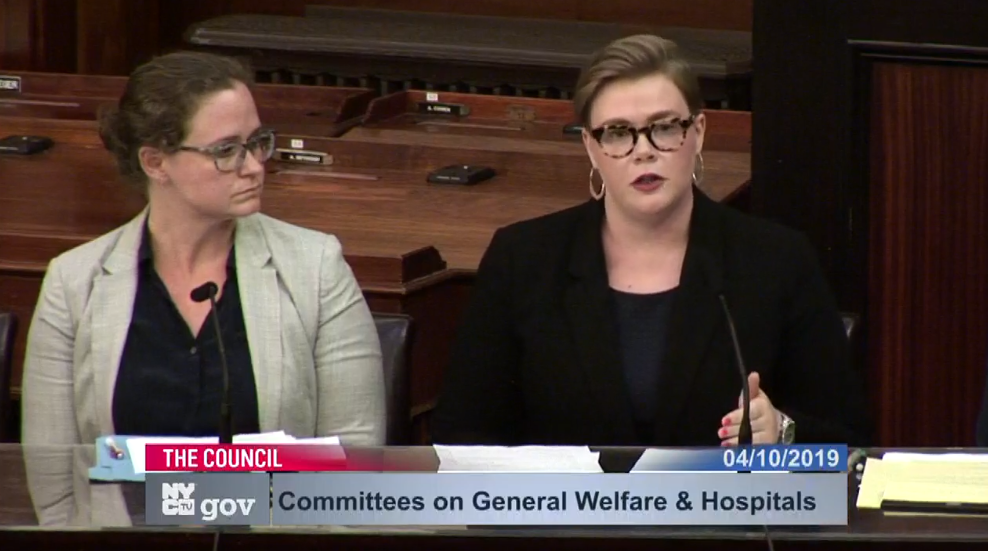 As New York considers legalizing marijuana, the City Council is beginning to reckon with the widespread damage done by the unjust, unequal enforcement of criminalization. That damage extends to families: as the Council heard on Wednesday, marijuana plays an outsized role in child neglect cases that can lead to tearing families apart.

NDS joined other public defenders and parents to testify to the impact of marijuana in the child welfare system. Despite policies prohibiting marijuana use from being the sole basis of child neglect allegations, NDS and other advocates said that marijuana use can lead to investigations from the Administration for Children’s Services (ACS). This, in turn, can lead to family separation that harms parents, children and their communities alike.

Councilwoman Adrienne Adams said it amounts to the “systemic criminalization of women of color.” Indeed, ACS investigates families of color at a hugely disproportionate rate.

NDS supervising attorney Brianne Ryer stressed this disparity by drawing a connection between Stop and Frisk and ACS investigations. In much the same way that Stop and Frisk led to law enforcement targeting certain communities, Ryer says that ACS’ handling of marijuana use in its investigations zeroes in on poor communities of color, and testing often happens in hospitals without informed consent.

“Instead of searching our clients’ pockets, they are searching their wombs, their homes, their blood, their hair, and without the informed consent that was indicated.” Ryer said. “At best there is a gaping disparity in the policies being discussed before the council and the application we see in court and how it impacts our clients’ families.”

Ryer also pointed to the testing of newborns and their mothers at public hospitals as a key driver of family separation.

“ACS’ prosecution of marijuana cases is aided and abetted by public hospitals who routinely drug test our clients, predominantly black and brown women with or without informed consent,” said Ryer.

“According OCFS’ own data, ¾ of children in foster care are black or Latinx while another 18% are classified as unknown race or ethnicity. Only 6% are white,” Ryer continued. “If what we see is reality, then the only parents who use marijuana are poor mothers of color. But we know that isn’t true.”

Support NDS’ efforts to keep families together, where they’re safest