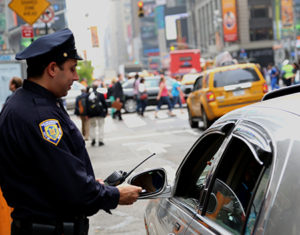 Last week The New York Times reported on the taxi industry’s deplorable practice of preying on low-income drivers by charging exorbitant rates for a taxi medallion, enabling a network of Ponzi Scheme lenders.

But unfair lending practices are not the only way the industry profits from low-income drivers. Through a little-known local law, the City’s Taxi and Limousine Commission (TLC) also has the power to seize and forfeit the vehicles of drivers who attempt to offer rides without the proper license. It is a power that each year costs about 100 drivers, mostly poor people of color, their vehicle and livelihood.

Here’s how it works. The TLC sets up elaborate “decoy” operations in areas that may be common for drivers to operate an unlicensed cab, like airports or Times Square. They send plain clothes TLC officers to solicit a ride from an unlicensed vehicle. If the driver accepts by quoting a fare, they are then accused of violating the administrative law prohibiting unlicensed solicitation of fares. If the TLC officer determines that the driver was previously found guilty of the same activity on any other occasion within a three-year period, the officer then seizes the driver’s vehicle.

Once a car has been seized during a TLC sting, the only way the driver can get it back is through contesting the charged violation at an administrative hearing, which is supposed to be scheduled within five days. At that hearing, an administrative hearing officer decides whether the violation occurred and if so, whether the TLC gets to keep the vehicle while the process moves forward. The TLC then applies to the Supreme Court for an official judgment of forfeiture in addition to an administratively imposed fine that can run as high as $2,000. When the TLC files a petition for forfeiture, the only question is whether the driver was found guilty of the required two violations within the three year period—an easy standard to meet with almost no defense. Just like that, a driver’s personal property can be taken and sold. A minor violation costs tens of thousands of dollars, sinking vulnerable drivers deeper into poverty.