“Morality and Legality Do Not Meet at the Courthouse:” Albert Woodfox on Building a Movement Against Mass Incarceration 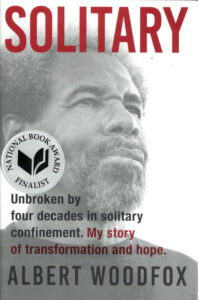 For decades, Albert Woodfox has fought relentlessly against solitary confinement, but that work has taken a different shape since February 2016. That’s when Woodfox was released from prison after spending more than 43 years in isolation for 23 hours a day, mostly in Louisiana’s notorious Angola Prison.

Since his release, Woodfox has traveled across the globe to mobilize support against solitary confinement. He also penned a best-selling book Solitary: My Story of Hope and Transformation that is on the shortlist for the National Book Award.

As the calls to end solitary grow louder across the country – including in New York City this month – NDS sat down with Woodfox to discuss how we translate public outcry into action.

The Q-and-A is a preview of Conversations with NDS 2019: Mobilizing Against Mass Incarceration. Join NDS as we chart the future of this fight with Woodfox and Nicole Austin-Hillery, the inaugural director of Human Rights Watch’s US Program. Buy your tickets here.

I want to talk about your organizing efforts in prison. Your first conversations with prisoners were often around bad food, or were sparked by preventing sexual violence. Why was that so effective?

We live in a material world. To solve a problem, you must make people aware that there is a problem, so we were trying to raise the level of consciousness. Part of our strategy was to start talking to the people who were affected by what’s going on.

So if people were forced to go out in the field and work without proper clothes, you start from there. You make them realize that this is not normal. You have to show them the contradiction between how they’re living and how life should be.

Was it difficult to maintain your political conviction while in solitary?

And how important is the fact that there were three of you?

We could not have accomplished the things that we accomplished individually or collectively had we not formed this unique bond of friendship and trust. I can honestly say that, right now Robert [King, one of the Angola Three] is one of my closest friends. We travel together all the time, we talk together, and I’ve never broken my faith in him, and he’s never broken his faith in me. The friendship and bonds and the comradeship we formed over decades made survival possible and made raising the consciousness of other men possible.

I’m curious about how you view public defenders’ in this fight. What role would you like them to play as allies?

Everything that goes on in society affects everyone else. Public defenders can help recognize problems and organize communities towards solutions, and I don’t think we have enough of that going on.

You’ve had experience on both ends of the spectrum in terms of representation. You had an overworked public defender in your first trial in 1972, and you ultimately worked with a whole team to secure your freedom decades later. Can you tell me about what those differences looked like from your perspective as the client?

I’m not sure how things work in other states, but in Louisiana, it’s a situation where [defense and prosecution] are doing favors to accommodate each other. They’re pushing people to agree to plea bargains and the client themselves is never under consideration. Their guilt or innocence is never under consideration. In Louisiana you’ve got public defenders and DAs that go out to dinner together, that play golf together. That’s a problem. There’s not enough adversarial separation between the two. 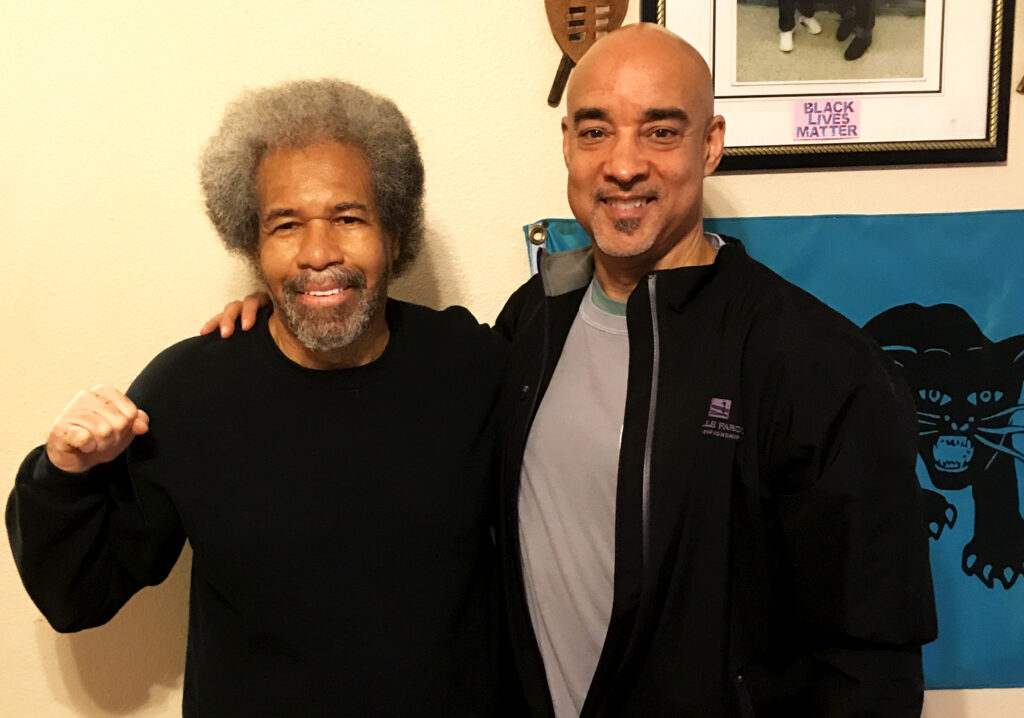 How did media attention change your fight?

We were unique in the sense that for whatever reason, we had become the symbol of American injustice, persecution, and abuse. That made people aware. So much is going on in America, in our judicial system, that our general public is not aware of. People’s sense of what’s going on is mostly influenced by TV programs. They don’t have a sense of the damage of going through the system themselves. That’s a problem.

That’s the other piece: making the public aware of it. As long as prisons operate in the dark, then there are no limits on what they can do.

How do you make the brutality of our carceral system apparent to people who aren’t close to it?

You show people that what they have accepted as being normal is not normal and that it causes pain, it causes suffering, it causes humiliation and degradation.

You try to do this on a moral level, and that’s what’s lacking in America and around the world. We’re so busy trying to develop political and economic systems for everything that are morally empty. If America is a country of law, those laws must have at their foundation a morality. In this country, morality and legality do not meet at the courthouse. In my opinion, our judicial system in America has been reduced to a due process rather than justice.

You say that TV is how a lot of people know about this struggle. How has that shifted and what’s it been like for you to watch the rise of Black Lives Matter?

Technology has made a lot of things possible. For me, the tipping point was the Michael Brown shooting in Missouri. That was the first time I became aware of the so-called mass media not being able to control the narrative for the police or state apparatus. Of media not being able to control the narrative of the people who were there and experiencing it, who were there on the front lines organizing, or were victims of police brutality and racial stereotypes. Technology has played a role in raising the level of consciousness…

What was successful in Angola is making prisoners believe they have self-worth. We connected economic dignity to political and social structures and showed how these things contributed to them breaking the law or understand what has been defined as criminal is often survival. 99.9% of people would like to do it the “right way.” But if you can’t do it the “right way” then you’re going to do it whichever way is available, and that’s what we call crime in this country.

How do we make that kind of economic violence more visible?

I’ve always believed individuals can create chaos, mass movements can create change. There are no shortcuts, you can’t do it by yourself. Change requires a mass movement, and to do that you need to raise the level of consciousness of the people. You want to establish a dialogue.

A lot of organizing around solitary confinement is rooted in human rights language. Do you think that’s effective?

Yeah, because one time we weren’t talking about it in theory. The mere fact, that along with other men and women in this country and the world, we have managed to start a dialogue about solitary confinement, the fact that it is a very oppressive and abusive weapon that our prison system uses.

Does that human rights language connect this struggle to a broader international movement?

It’s part of the long-term struggle. You’re always struggling to make things better and fight the same abuses. The one thing about America… we set the standard because it’s such a powerful country economically and especially militarily. That allows the abuses and institutional racism and systemic application of racism. And so you have a lot of countries whose survival depends upon America and who fall under the influence of America, so yeah, we have to raise the level of consciousness.

In your book you talk about hunger strikes in detail, and it was surprising to hear you talk about fantasizing about food while you starved. I wonder: did you fantasize about freedom the same way while you were imprisoned?

For me, freedom was a state of mind. My physical movement was confined to a 9×6 cell but my mind was unlimited. They couldn’t tell me what or how to think, how to view the world, particularly America. So to me, I was free long before my physical freedom came. With the physical freedom, of course there was some adjustment. I still battle with the results of being in solitary confinement. But it never came close to breaking me then and it’s easier to deal with now.

An event benefiting the mission and vision of Neighborhood Defender Service