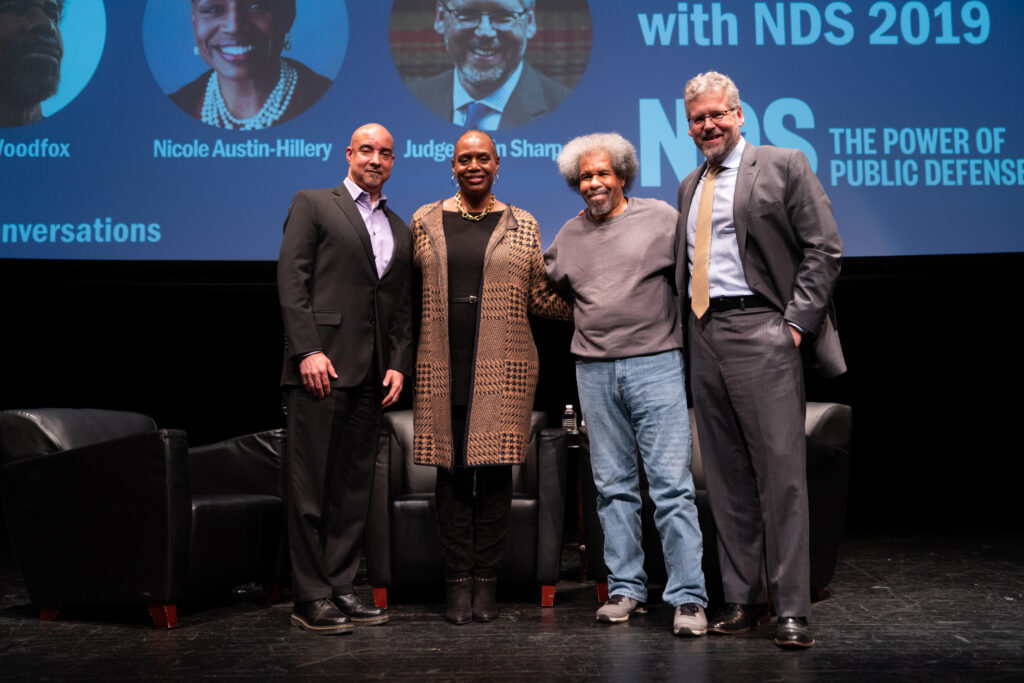 On Monday, November 18th, Neighborhood Defender Service welcomed the leading minds in the criminal legal community for its annual benefit, Conversations with NDS. This years event, titled Mobilizing Against Mass Incarceration, brought together Albert Woodfox, a member of the Angola Three who spent 43 years in solitary confinement, and Nicole Austin-Hillery, who serves as the Executive Director of Human Rights Watch’s US Program.

NDS Executive Director Rick Jones moderated an expansive discussion that touched on both Woodfox’s and Austin-Hillery’s personal journeys, and about the tactics they found most instrumental as organizers. 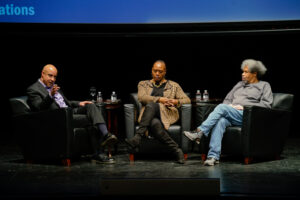 Woodfox spoke about his long fight for freedom, and about the work he did to organize from within Louisiana’s notorious Angola Prison. He discussed how he managed to continue his work from within solitary, and why that allowed him to survive the torturous treatment. “There’s no shortcut to [justice]. When you feel something is wrong or dehumanizing, you have to decide if you’re gonna accept it or make it better,” he said. He also urged organizers of different tendencies cooperate, and laments divisiveness.”If enough people keep throwing pebbles in a pond, it makes waves. And eventually you get a tsunami.”

Austin-Hillery addressed the criminal legal system broadly, saying that it “jails people for just living their lives.” The solution, she said, is to examine the criminal legal system in a larger context, and meet people’s material needs. “The holistic approach makes such a difference in public defense,” she said. “We can’t only deal with charges. We have to do everything that impacts lives.”

Conversations with NDS was introduced by Judge Kevin Sharp of Sanford Heisler Sharp. An Obama judicial appointee, Sharp charted his path to the bench, and ultimately away from it as he sought an ability to fight the injustice of the criminal legal system.

Judge Kevin Sharp talks about working in the criminal legal system. As a judge, he was forced to deliver sentences that were fundamentally unjust. He was disgusted, and decided to step down to fight for real change. Sharp went on to advocate for Albert Woodfox #NDSConversations

NDS thanks its supporters, Woodfox, and Austin-Hillery for making the night a success. Watch the entire Conversation below.

Watch: #NDSConversations discusses the fight against mass incarceration with @NicoleAustinHil of @hrw and Albert Woodfox: https://t.co/IW827KXIkp