NDS’ Helen Montalvan on Racism in the Family Regulation System 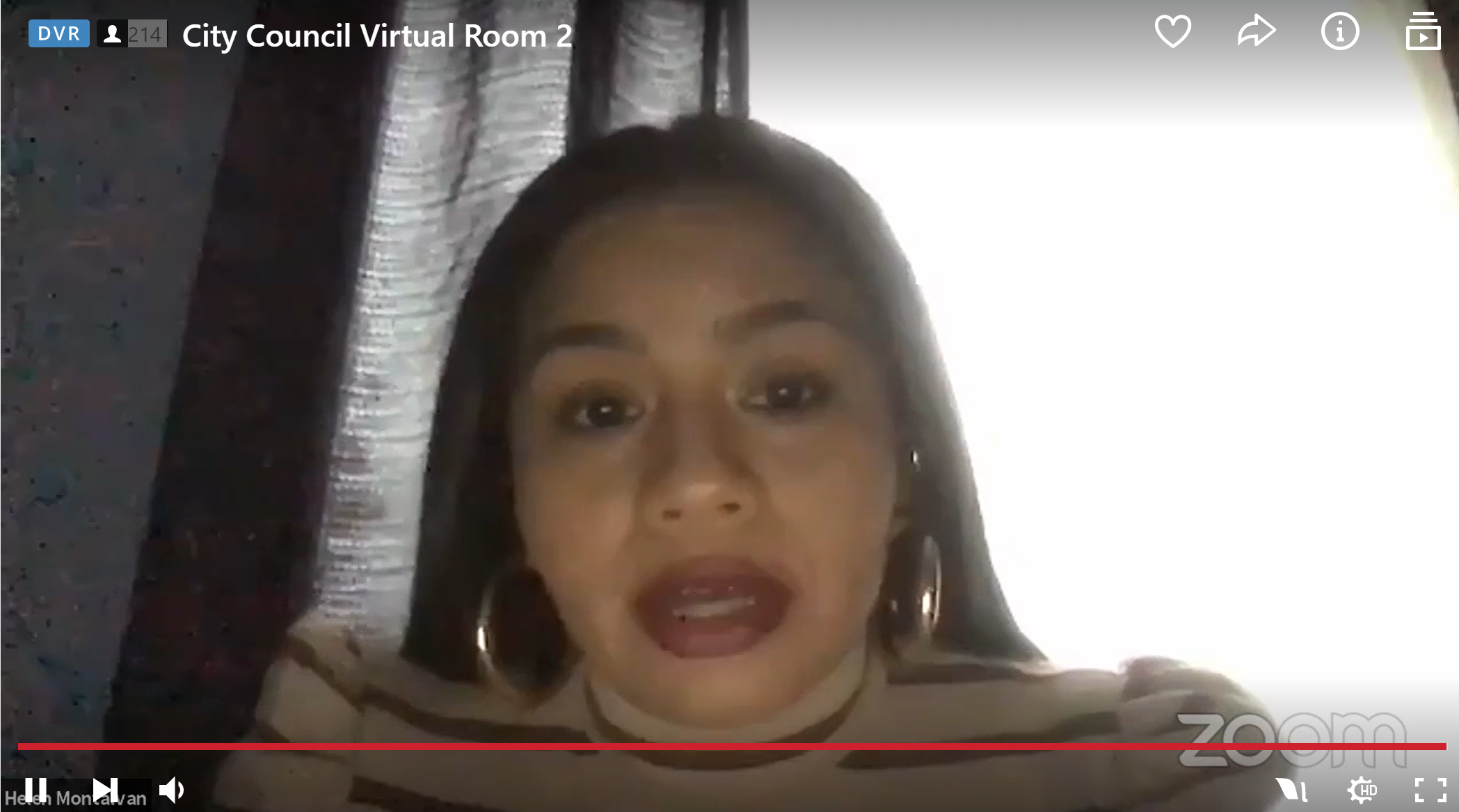 New York City Council’s Committee on General Welfare hosted a hearing on “Racism in the Child Welfare System.” NDS’ Helen Montalvan  testified on the white supremacist roots of the system, and why the title of “child welfare system” obfuscates the function and history of ACS and other agencies.

Thank you for inviting Neighborhood Defender Service of Harlem to present testimony today. My name is Helen Montalvan and since 2004, I have worked as an advocate for parents being surveilled by ACS – first as a parent advocate with the Bronx Defenders and now as a Social Worker at NDS Harlem. You asked us to testify regarding what you call “Racial Disparity” in “Child Welfare.” It is a system that polices, punishes, regulates, surveils and separates low-income Black and brown families. NDS and the other family defenders testifying today will not be referring to ACS as part of the “child welfare system” in the course of our testimony, because that name deliberately obfuscates the history and function of this punitive system. Instead, we’ll refer to it as the Family Regulation System. Allow me to explain why.

The Family Regulation System has always violently policed families to conform to white supremacist social standards. It originates with the “Orphan Trains” of the late 1800s and early 1900s, when The Children’s Aid Society, still in operation in New York City today, separated thousands of poor Italian and Irish immigrant children from their families, and sent them to the Midwest to work on farms.

The Family Regulation System we fight today is rooted in this history, but its funding did not explode until the federal government slashed public assistance programs in the 1980s and 1990s. These cuts happened in response to Black families gaining access to social programs through civil rights struggles. The cuts were coupled with billions of dollars in new funding for foster care. The federal foster care budget stood at less than $500 million in 1981. By 2003, it was at $4.5 billion. Family Regulation agencies targeted the Black community, where families had already been made particularly vulnerable by the racist War on Drugs and the cuts to public assistance.

The cuts to public programs and the surge in money to Family Regulation agencies amounts to a two-pronged attack on Black families, staged over 40 years and justified by racist stereotypes about Black mothers. The racism behind the “Welfare Queen” trope is alive and well in 2020 – it is just dressed up as a “neglect” finding hurled at a working mother by ACS as the agency abducts her children.

Research from all corners, from the Federal Children’s Bureau to the National Council for Juvenile and Family Court Judges to numbers reported by ACS itself, demonstrates that Black families are disproportionately represented in reports, investigations, and prosecutions by the Family Regulation System and that Black children are disproportionately represented in the foster system.

Since I began doing this work, I have seen this racism with my own eyes. White families are kept together by ACS caseworkers and lawyers under circumstances in which Black and Brown families are separated. White parents are given a second chance by ACS caseworkers and lawyers whereas Black and Brown parents are treated as irreparably and fundamentally flawed.

The city must take concrete steps to improve outcomes for families. Families need early access to an independent defense advocate to mitigate the damage done by ACS and the Family Regulation infrastructure. The city must the institution of Miranda-like Rights for parents that brings transparency to the Family Regulation System for families facing investigations, unaware of their gravity.

These steps are important, and we urge City Council to act on them now. But we also note that they amount to mitigation of the most damaging tolls ACS exacts from Black families. To truly reckon with this damage, we must defund the Family Regulation System and invest in community-led programs that truly help Black families.