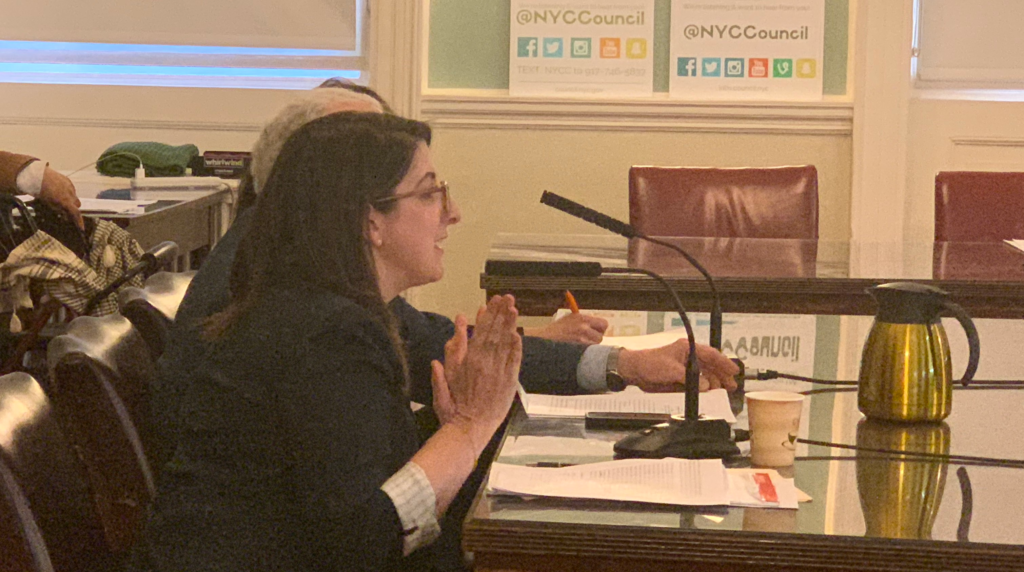 On Monday, March 11, Neighborhood Defender Service’s Anna Luft and Talia Kamran appeared before the New York City Council Committee on Housing and Buildings, testifying to the need for improved management of public housing.

A new agreement between the city and the U.S. Department of Housing and Urban Development (HUD) requires the city to divert funds to public housing needs, including its management. NDS’ testimony pointed to the unnecessary burdens that inconsistent, capricious management places on our clients, and called for additional oversight and training.

For years, NDS has represented public housing residents. Our clients are the stewards of their communities and know better than anyone what they need from New York City Housing Authority (NYCHA). However, low-level NYCHA management has often been a serious impediment to residents seeking services to which they are entitled, with management failing to understand and enforce its own rules.

Addressing the Committee on Housing and Buildings, Luft and Kamran offered several instances of our clients seeking to remedy basic bureaucratic issues through the channels provided only to be stymied by NYCHA management. In one case, a client tried to be added to her sister’s lease but was denied because she had yet to complete a sentence of one day of community service from a charge dating to 1997. This was a clear violation of NYCHA’s own policies and should have been resolved quickly. Instead, it took 5 years and 6 members of NYCHA’s management to finally resolve it. In another case, a client was denied succession to an apartment he and his two young children had lived in for four years because a written permission request had been marked received but was never processed. This kind of mismanagement is all too common.

“While tenants are expected to perfectly comply with NYCHA requirements, there is never a guarantee that even perfect compliance will produce any specific result,” Luft and Kamran said. “Indifference on the part of NYCHA management can be devastating to our clients who bear the brunt of NYCHA’s inaction and are denied the housing they seek, lose the housing they have, or are forced to endure dangerous conditions because a staff member won’t give their request a second look.”

Luft and Kamran argued that the city should use the occasion of the new oversight agreement between the city and HUD to strengthen NYCHA’s management structure by making it more responsive. Stronger oversight and training would allow managers to better address tenants’ needs, making the system more effective, just and efficient.

Read the full text of their testimony below.

I am Anna Luft, Staff Attorney in the Civil Defense Practice at the Neighborhood Defender Service of Harlem (NDS). NDS is a community-based public defender office that provides high-quality legal services to residents of Northern Manhattan. NDS’s Civil Defense Practice represents community members in NYCHA and Housing Court proceedings, as well as other civil collateral consequences of contacts with the criminal justice system.

The need for leadership & accountability at the client level

The best overseers of NYCHA are the men and women living in its towers. They are acutely aware of what they need and when. However, when they are denied the services they seek from the Housing Authority, they are often left without recourse. In our years representing tenants in NYCHA housing, one of the most apparent systemic flaws is the inability of lower level NYCHA management to understand and enforce its own rules. It is clear to both legal service providers and tenants alike that housing assistants and managers have become a stopping point on the way to a legal proceeding or- worse yet- a dead end when service is needed. The degree of mismanagement at the lower levels of NYCHA have had a severe impact on both current NYCHA tenants as well as low income New Yorkers who find NYCHA to be equally as inaccessible as any other housing option available to them. It is our hope that a portion of the funds being directed toward NYCHA can be used to better train staff to address these common issues.

In various forms, our clients living in NYCHA often face eviction simply because NYCHA staff have neglected to properly process requests. Our office recently represented a 60-year-old woman seeking succession to her sister’s apartment. During the four years that she lived with and cared for her sister, she and her sister submitted multiple requests to have her added to the lease, as required by NYCHA procedure. Nevertheless, each time she was denied because of her criminal record. Had the housing assistant processing the request taken a closer look at her criminal record, she would have seen that the last charge on our client’s record occurred in 1997 and was only left open until 2013 because she had failed to complete a single day of community service. This is an example of a case that should have been approved- however, management’s lack of knowledge and understanding of criminal records, despite being an integral part of their job, confounded the process. What should have been quickly resolved ended up taking 5 years, 4 attorneys, and 6 members of NYCHA management. Think what could have been accomplished with those resources had the original HA been properly trained.

NYCHA Management’s rote processing of paperwork submitted by tenants occurs in other contexts as well. A review of another client’s tenant’s file revealed a written permission request that had been marked received but was never processed. He and his two young children were denied succession to the apartment they had lived in for four years because of this. Another client has been seeking succession to her grandmother’s apartment for over a year, and during the pendency of her case, her HA has refused to recalculate her rent, saying that it cannot be done until the case is over, the exact opposite of what NYCHA policies and regulations require, forcing her to pay well beyond what she can reasonably afford. The manager very clearly had no understanding of NYCHA’s own policy, and this is not the first time we have seen such blatant lack of knowledge. This problem is pervasive. Another client, a mother of two young children, took two days off from work for a lead inspection of her apartment, only to have the inspectors never show. When she called the hotline to request a new day, her ticket was marked completed without an inspector coming again. Such mismanagement leads to a systemic drain on resources that could otherwise be appropriated to tenants. This new agreement between NYCHA and HUD is an opportunity for NYCHA to begin to responsibly use its resources without denying its tenants their rights and the services they deserve.

NYCHA policies and regulations have created an agency scheme in which the onus is constantly on the tenants, and is never shifted to the Housing Authority. While tenants are expected to perfectly comply with NYCHA requirements, there is never a guarantee that even perfect compliance will produce any specific result. NYCHA Management may afford as much or as little attention as it wants when processing any specific request, and often times may just not act at all. This indifference on the part of NYCHA management can be devastating to our clients who bear the brunt of NYCHA’s inaction and are denied the housing they seek, lose the housing they have, or are forced to endure dangerous conditions because a staff member won’t give their request a second look.

Housing assistants and managers currently lack the training and tools to address housing issues that NYCHA has already delineated as under their authority. We hope that some of the new funding being directed toward NYCHA be used for training programs to both cut costs and the amount of time bureaucratic procedures steal from both tenants and NYCHA management.

NDS applauds the Public Housing Committee for taking the steps necessary to reform NYCHA. While greater government oversight is needed, the 400,000 individuals living in NYCHA must be able to provide oversight as well. We ask that the Council accomplish this by strengthening the accountability that NYCHA owes its tenants through providing trainings and tools to the housing managers and assistants who interact with tenants on a daily basis in order to ensure that they understand their own policies and properly analyze and process requests. We also ask that the Council install procedural safeguards so that tenants requesting services are not penalized for NYCHA management’s lack of follow up.  These measures will ensure a more efficient Housing Authority accountable to its statutory mandate of providing safe, sanitary housing to low-income families. 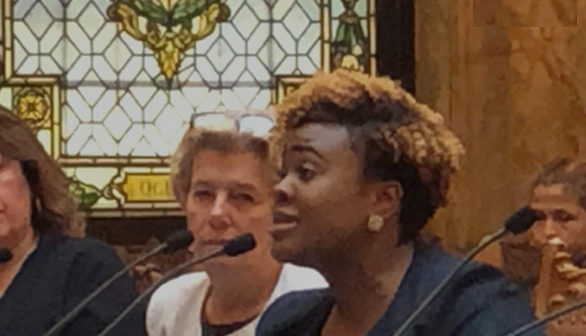 Michelle Burrell Testifies at the Commission on Parental Legal Representation

NDS' Michelle Burrell on what public defenders need in order to ensure that families are reunified. 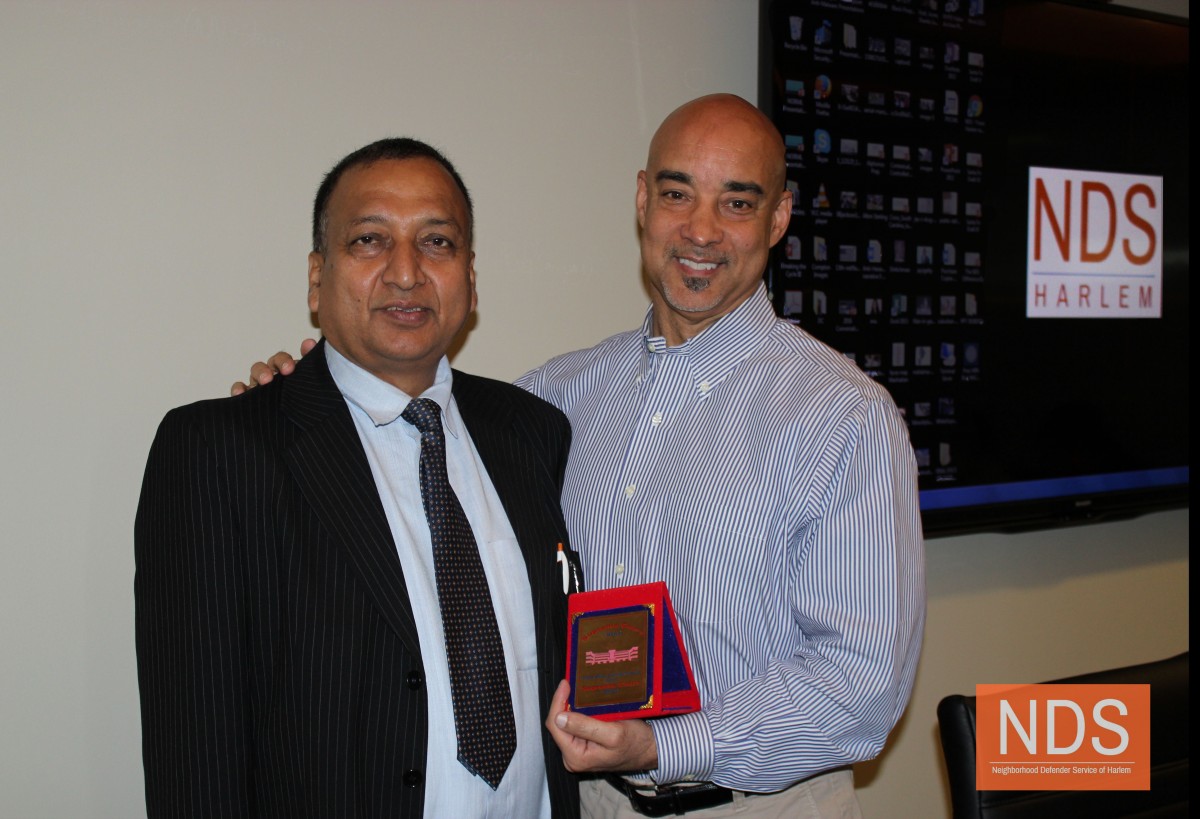 NDS and the International Legal Foundation-Nepal

Representatives from International Legal Foundation-Nepal, (ILF-Nepal) including from the Supreme Court of Nepal and Public Defender Society of Nepal (PDS-Nepal), visited the NDS Harlem office today for a discussion on the global challenges and strategies for providing public defense to poor, marginalized and vulnerable persons. 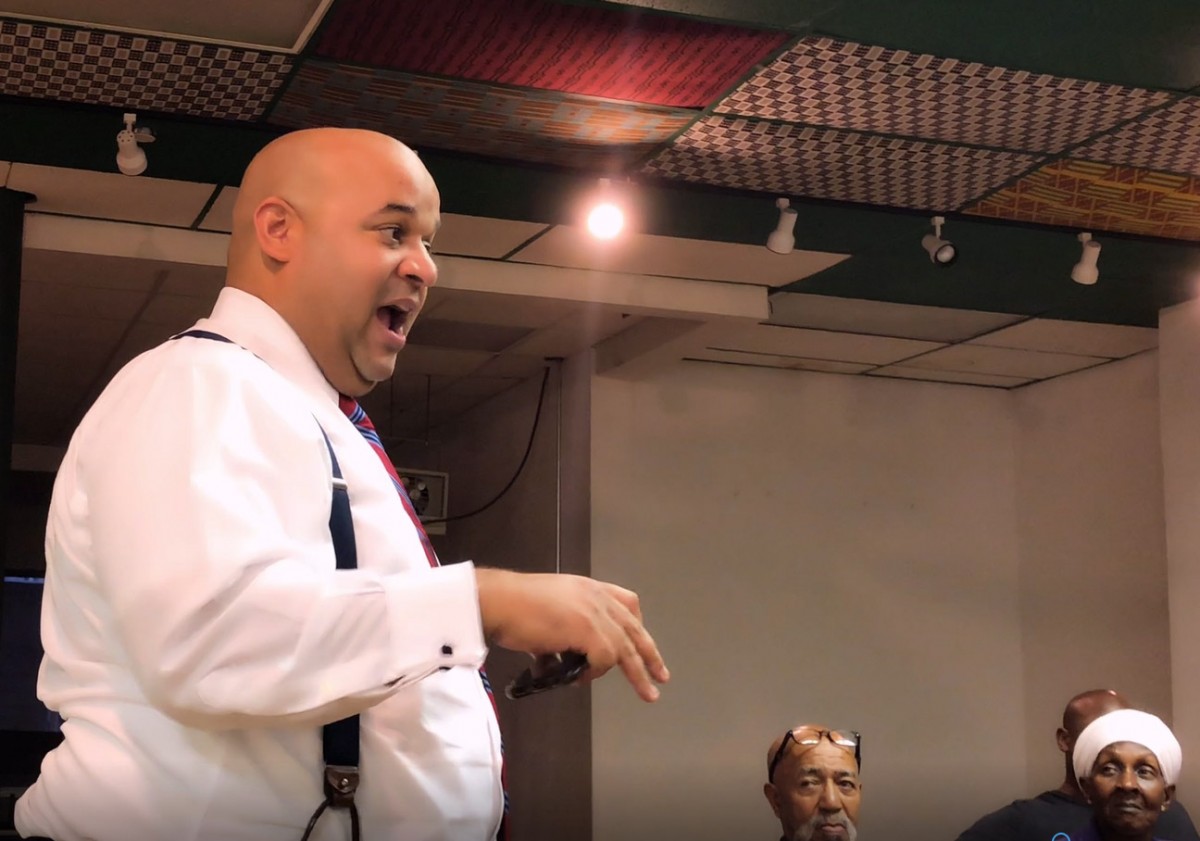 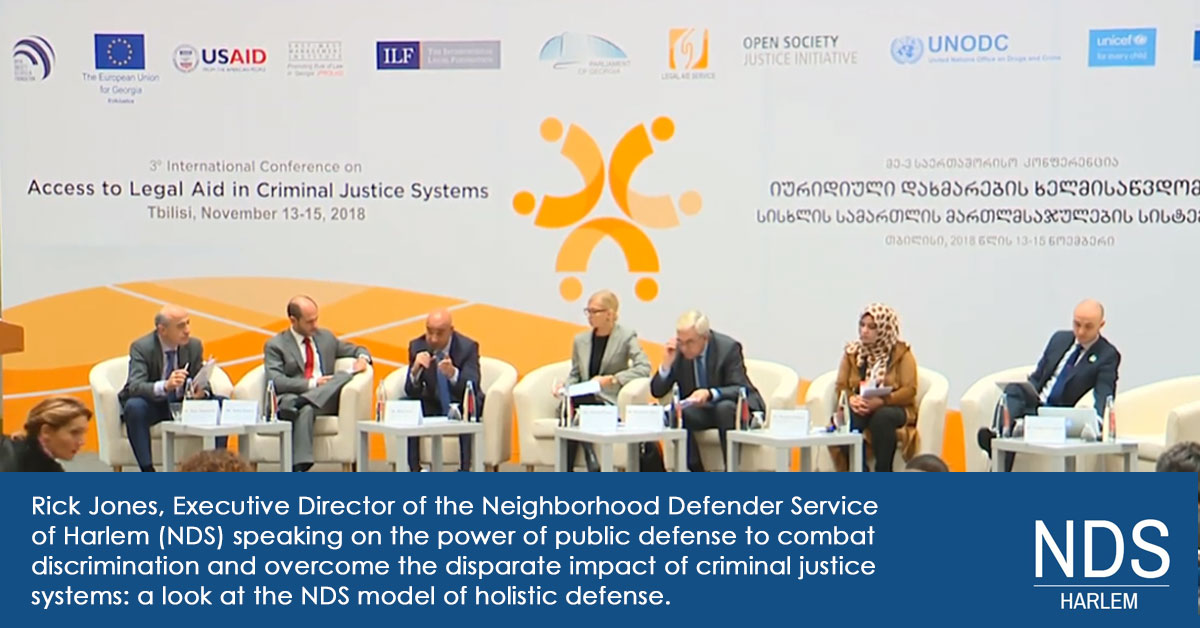